Nellie Bly Contradicts a Recent Article in The Sun; She Gives Many Additional Facts About Her Remarkable Sojourn on Blackwell's Island; More Praise for Dr. Ingram; He Is the Right Man in the Right Place; The Other Doctors Heartless and Careless

"On my first arrival in New York the editor of the Sun said to me in an interview, "There is nothing so valuable as a reporter who gives facts; who, when told that two and two make four, puts it four instead of three or five." I have always been particular in stating only facts in all my work, but never did I confine myself so closely to this rule as in my story of "Behind Asylum Bars." As the Sun undertook to prove that I really passed ten days as an insane girl on Blackwell's Island, I would like to correct the many mistakes and misstatements which I found throughout the six columns recently published about me in that journal . . . " 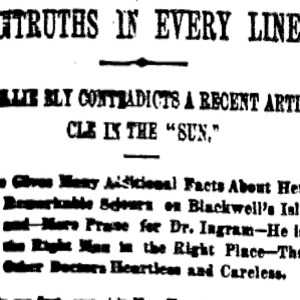 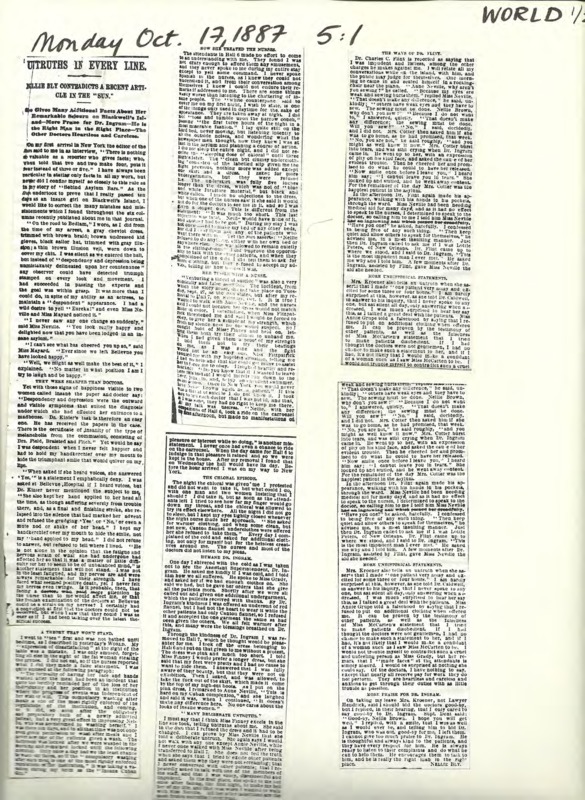