Why Chronicle Reporter Posed as a Student

"As The Chronicle continued to report on the growing crisis in the public schools and the crippling effect of the budget cuts on education, we realized that in September, thousands of nameless, faceless students would struggle to learn in crowded, ill-equipped classrooms with teachers who were in danger of losing their jobs. "We decided that readers needed to understand just how dramatically the budget crisis affects the kids. "But it would be difficult. Classroom visitors would be greeted by proud teachers putting on their best stiff-upper-lip performances, shy students and administrators complaining loudly. "Either way, I would never be sure I was seeing the unvarnished truth and readers would not get the accurate picture they needed to see. George Washington High School Principal Al Vidal agreed . . . "

Description:Chronicle reporter Shann Nix spent one month undercover as a senior at George Washington High School in San Francisco to find out what life is like for students during the educational budget crisis. 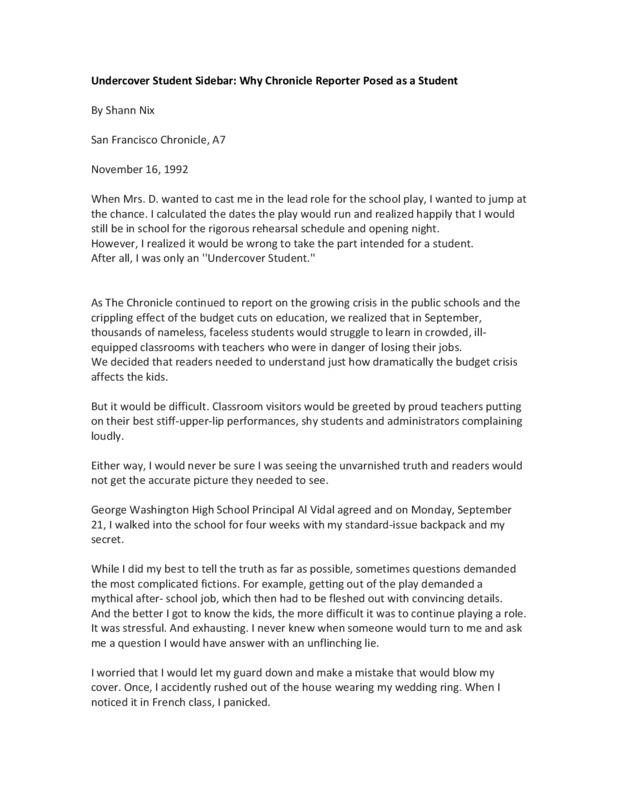