"The investigation of THE TRIBUNE has developed all that it set out to accomplish. It has been shown that physicians can be had at random to swear a man's vita away with less hesitation than they will attempt the lease difficult of surgical operations; and that briefer examination is needful to satisfy the average family doctor that a man's brain is disordered than that his leg is broken. . . . "

Description:A summation of the results of Julius Chambers' undercover investigation of the Bloomingdale Insane Asylum and the impact it was expected to have on pending court cases. 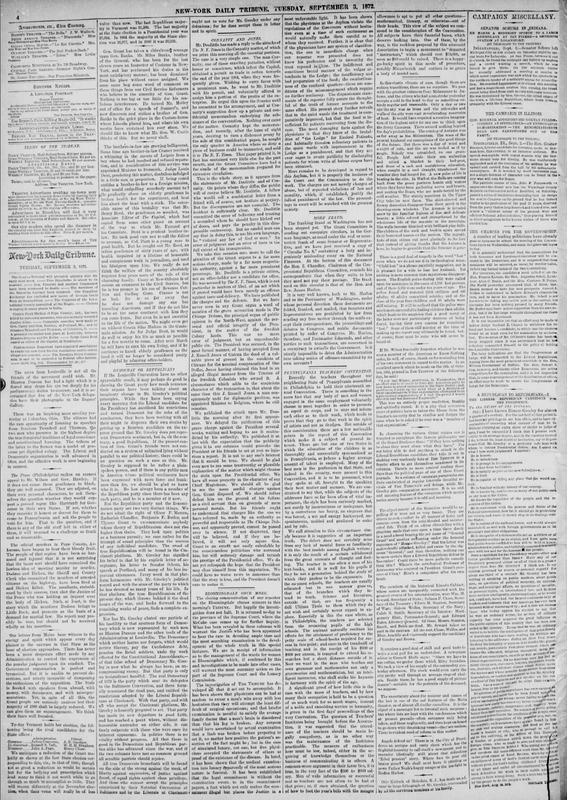