"The Herald-Examiner's series, based on reporter Merle Linda Wolin's experiences as an undercover worker in the garment factories, was the jury's unanimous first choice for the award."The board objected to the series partly because the reporter posed as an illegal alien to gain jobs in the sweatshops, according to members of the jury. Other sources said the board did not consider any of the jury's recommendations to be first-rate entries. "Anticipating that Wolin might be accused of deception, the jury submitted a confidential report defending its choice of her series. The jurors said they, too, believed that reporters generally should not misrepresent themselves but said that sweatshop 'conditions' could not have been fully explored in any other way . . . "

Description:Article on 1982 Pulitzer Prize winners contains (in last add) reporting on the Pulitzer jury and board deliberations concerning the undercover aspects of Merle Linda Wolin "Sweatshop" series for the Los Angeles Herald-Examiner. 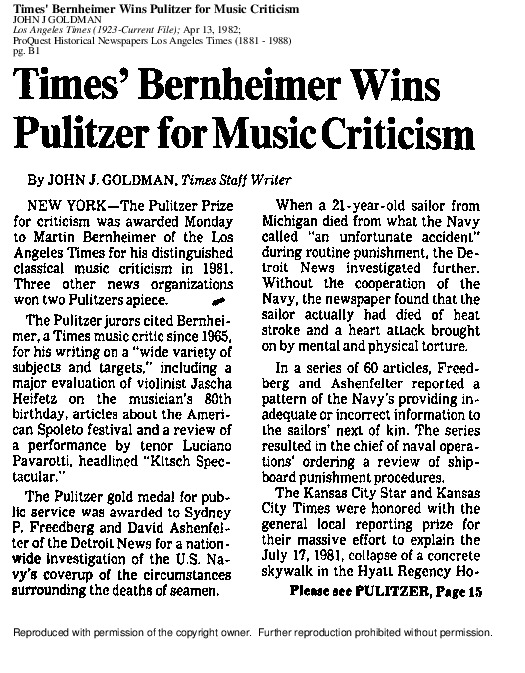