". . .Subjects of unfavorable or intrusive media investigations have changed legal tactics and have brought actions against the media under tort theories that differ from the traditional suits in defamation and libel. Media supporters have called these suits a "wave of `trash torts.'" Rather than seeking damages for the publication of injurious reports, plaintiffs have claimed that the newsgathering activities of the media prior to publication were tortious. Such plaintiffs have argued that the media does not have any special constitutional protections in gathering news, seizing upon the Supreme Court's general statement that 'generally applicable laws do not offend the First Amendment simply because their enforcement against the press has incidental effects on its ability to gather and report the news' . . ." 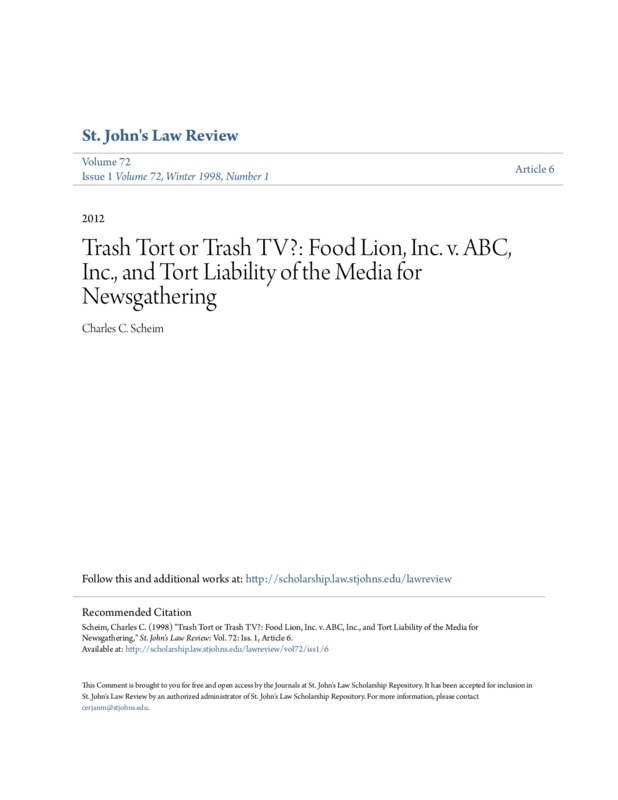