Can Reporters Lie About Who They Are? The Food Lion Jury Says No.

". . .It was not about the merits of ABC's 1992 PrimeTime Live report, which chronicled what appeared to be a range of stomach-turning food-handling practices in deli and meat departments of the grocery chain, based in Salisbury, North Carolina. Food Lion v. ABC was not a libel case. Although the 1,100-store chain has maintained that the report was false, it did not sue over the question of truth. . ." 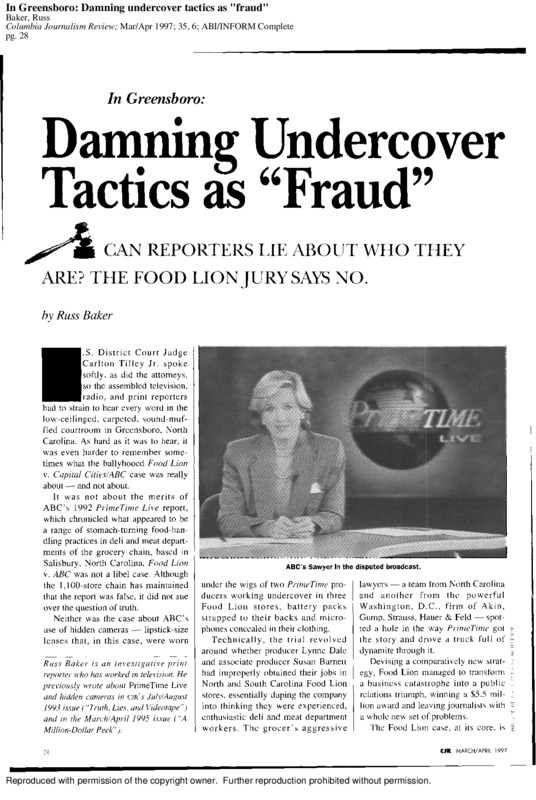