". . .They are hidden cameras, and they have begun to make their way into newsrooms that once only dreamed of having such a tool. With this influx, hidden cameras are being used by many reporters and producers, some of whom have little understanding of power, nuance and impact of such a tool. . ."

Description:Chris Heinbaugh reveals his thoughts before, during and after a story using hidden cameras. 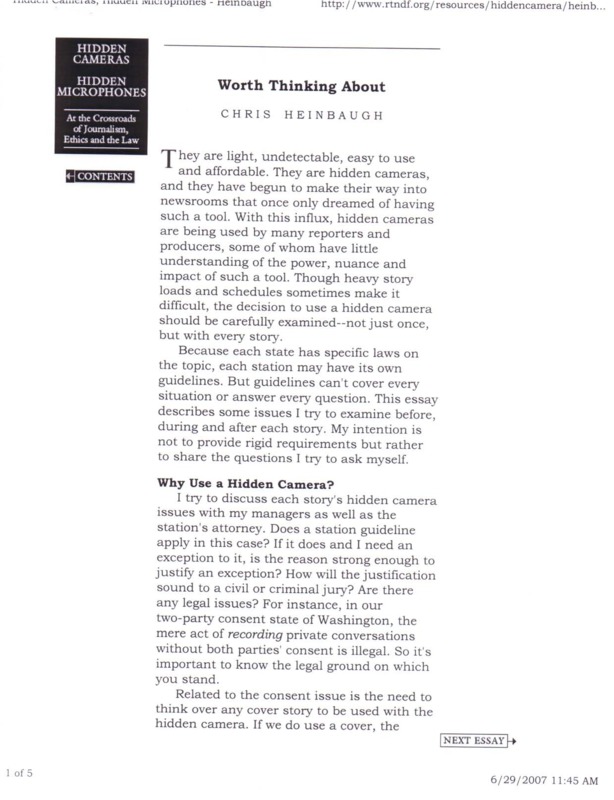