Description:Overview of law enforcement and press undercover operations and the—in the eyes of the author—excessive use of deception in our society. 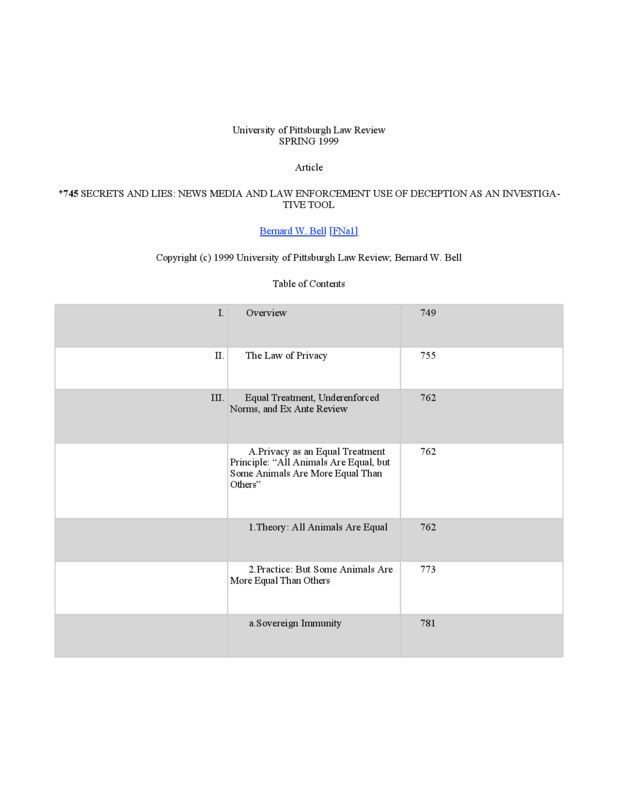