How the New York Central Transports Emigrant Passengers; What a "World" Reporter Saw While Disguised as a Swede; On the Way to Castle Garden - Challenged by the Watch - An "Emigrant" Ticket to Buffalo - The Passenger Pool Octopus - Sale of Ticket and Division of Spoils - Evasion of the Interstate Commerce Laws - Families Separated by Pool Agents - Scenes in Old Citadel - The Test of a Disguise - A Clever Stratagem - On the Barge - Packed in Cars in a Freight Shed - Touching Sights on an Immigrant Train - The Missing Passenger at Debbs Ferry

". . .As the immigrants crowded into the two cars guarded by the gentlemen of the brogue and him of the club. they were followed by a railroad hand with a lantern, who kept yelling 'Two in a seat! Two in a seat!' and seeing that The World reporter did not sit down quite as quickly as he would have liked to have him, he grabbed him by the shoulder and yelled in his ear: 'Why in h--- don't you sit down there where i put you. . .?'" 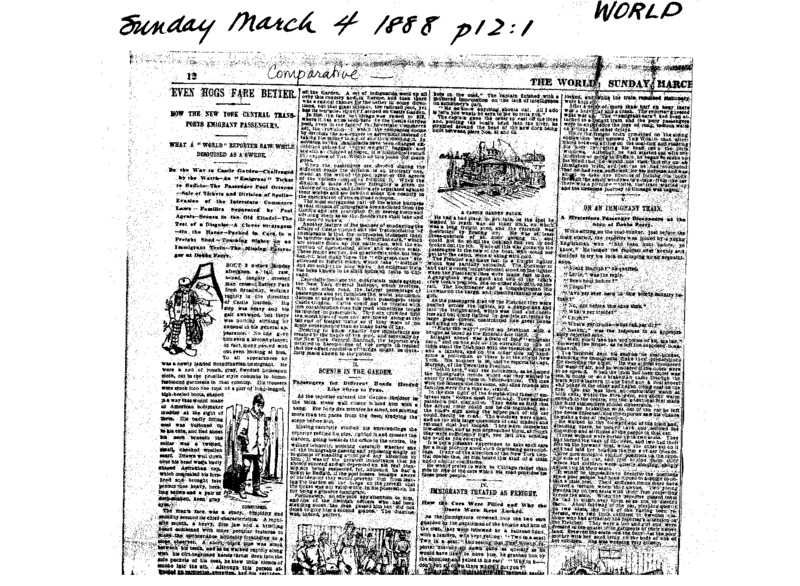