Why Journalists Get Squeamish over James O'Keefe's Tactics

". . . And while O’Keefe has acknowledged that, “on reflection, I could have used a different approach to this investigation,” he also told Hannity he was operating in an established tradition: “We used the same tactics that investigative journalists have been using. In all the videos I do, I pose as something I’m not to try to get to the bottom of the truth.” During the interview, he and Hannity name-checked a few specific predecessors, among them PrimeTime Live’s Food Lion investigation, 60 Minutes, 20/20, and Dateline NBC, including its “To Catch a Predator” series. . . ."

Description:Greg Marx examines the tactics of right-wing activist James O'Keefe and why they antagonize many journalists. 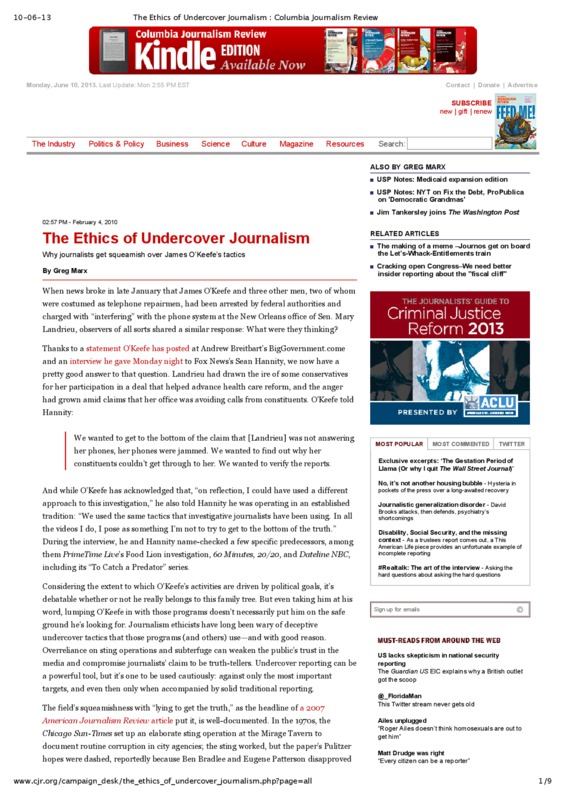