"Campaign Desk: Stingers from Our Past" - Joel Meares - CJR

James O'Keefe's Predecessors, Their Stings, and Their Ethics

". . . How exactly do we assess such a thing [undercover stings]? It’s not scientific. But Poynter’s Bob Steele has ventured in the past to provide a checklist of rather strict guidelines that must all be adhered to if deception is to be justified in journalism. These include: the information obtained being in the public interest; all alternative methods of obtaining the information being exhausted; the story being told fully; any harm prevented outweighing the harm caused by the deception; and all ethical and legal issues being closely considered. With those in mind, and the particulars of each case on hand, here’s our trip down an ethically murky memory lane. . . . " 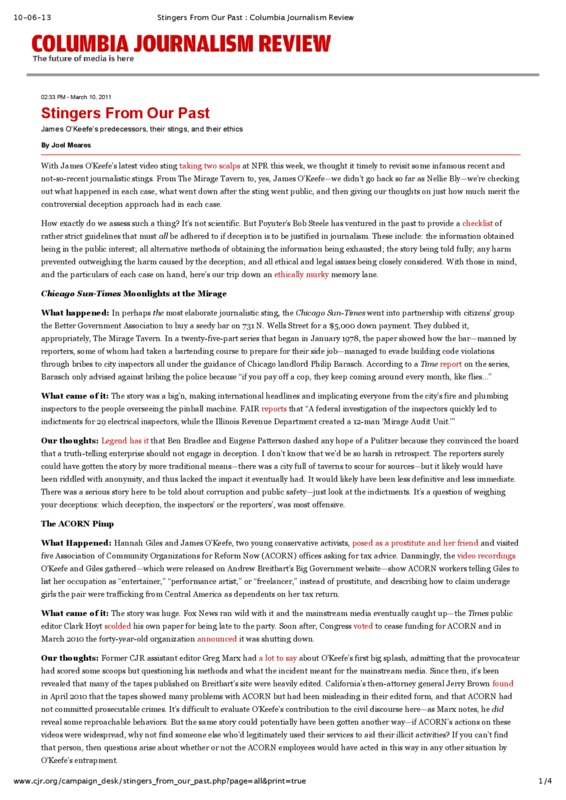