"In this century, there have been two great eras in American investigative journalism. The first, in the early 1900's, was led by muckraking journalists Ida Tarbell and Upton Sinclair. Tarbell's massive history in the Standard Oil Company helped break up that monopoly. Sinclair's 'The Jungle,' which exposed unsanitary conditions in the Chicago meat-packing industry, led to the Pure Food and Drug Act. . ."

Description:Pyle believes that the negative methods being used in journalism are ruining the press. 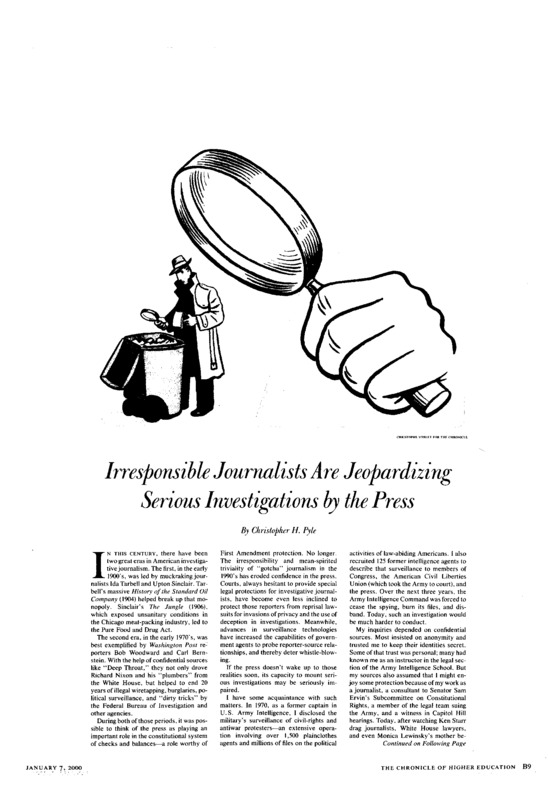