Description:Sheriff John M. Short of Pasco County and six others were indicted based on the investigation of the department. 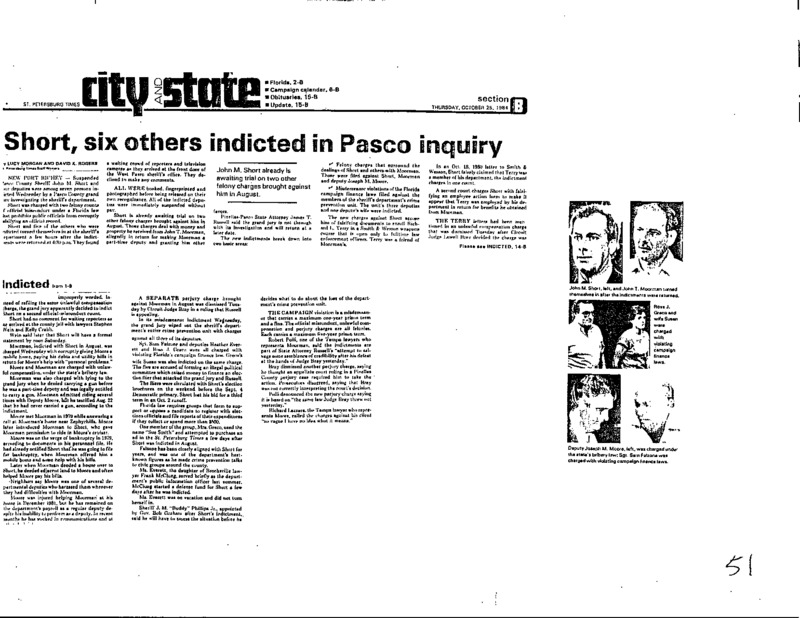