". . .This rare look at the mechanics of super-PAC fundraising and electoral strategy was likely not intended for reporters. I was invited as the guest of the financier who is a significant Republican donor. The financier knew that I was a journalist. At no point was I presented with, nor did I agree to, restrictions regarding the information I heard. Upon my arrival at breakfast, I was not asked if I was a journalist. I gave my name, identified the person who had invited me, was handed a wristband, and ushered into the dining room. American Crossroads disuptes this version of events, but a spokesman did not immediately return calls to elaborate. . . ."

Description:Reporter Sheelah Kolhalkar attends a private GOP fundraiser in Tampa, hosted by Karl Rove, without the knowledge of organizers that she was present as a reporter. The donor who invited her, however, did know. 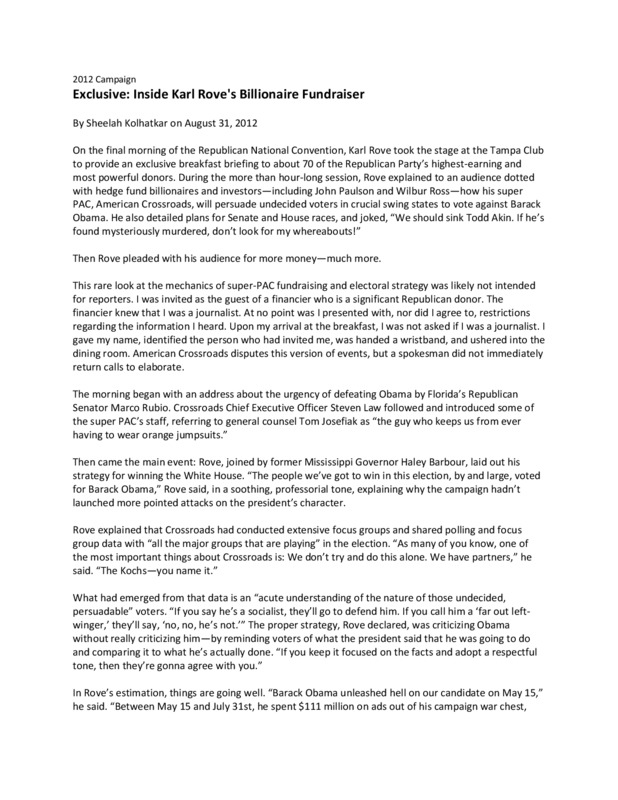