Report: The Presidents Club Scandal and Other Such Undercover Exposes

Description:Video interview and Financial Times video story. Madison Marriage describing her experience undercover as a hostess at the all-men, 30-year-old Presidents Club charity event at the Dorchester Hotel in London. 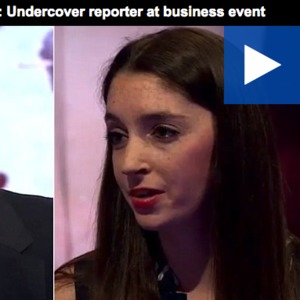