" . . . According to residents of the village of al Ghayil, in Yemen’s al Bayda province, the first to die in the assault was 13-year-old Nasser al Dhahab. The house of his uncle, Sheikh Abdulraouf al Dhahab, and the building behind it, the home of 65-year-old Abdallah al Ameri and his son Mohammed al Ameri, 38, appeared to be the targets of the U.S. forces, who called in air support as they were pinned down in a nearly hourlong firefight.With the SEALs taking heavy fire on the lower slopes, attack helicopters swept over the hillside hamlet above. In what seemed to be blind panic, the gunships bombarded the entire village, striking more than a dozen buildings, razing stone dwellings where families slept, and wiping out more than 120 goats, sheep, and donkeys. . . . "

Description:An investigation of the impact of residents of al Ghayil, in Yemen's al Bayda province, of a raid on the remote settlement by some 30 members of Navy SEAL Team 6. Reporter camouflaged in local garb to avoid disclosing her Western background. The article won a George Polk Award in 2018. 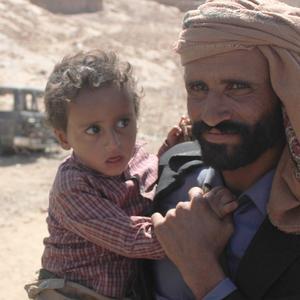