"I looked from my window this morning before the sun had risen. Across the bay the grimly beautiful towers of the Castile Morro were outlined against the sky, a mass exquisite color, gray, white and yellow, the crimson and gold flag of Spain floating form the highest turret. Almost beneath my window a sentry slouched along. His rifle across his arm. Suddenly, with a splendor which dazzled my eyes, the sun burst into view, turning the water to gold and touching the castle walls with the glory of flame. Just then, across the water, came the sound of six rifle sos. the sounds were slightly muffled, as though coming through walls o stone, but seemed to gain clearness as they reverberated across the bay. The sentry stopped for a moment, looked over his shoulder, crossed himself, and walked on again. I stepped back from the little balcony with a chill at my heart. The glory of the dawn was gone. I seemed to see six men pallid in the morning light, led out from their cells in Morro, with chains upon their hands. I saw them placed in a line against the old gray wall and shot to death just as the day broke."

Description:Kate Masterson disguises herself as the wife of a Cuban prisoner to sneak into Cabanos prison to interview jailed Cuban insurgents 'at the risk fo her life.'

Rights: Out of Copyright 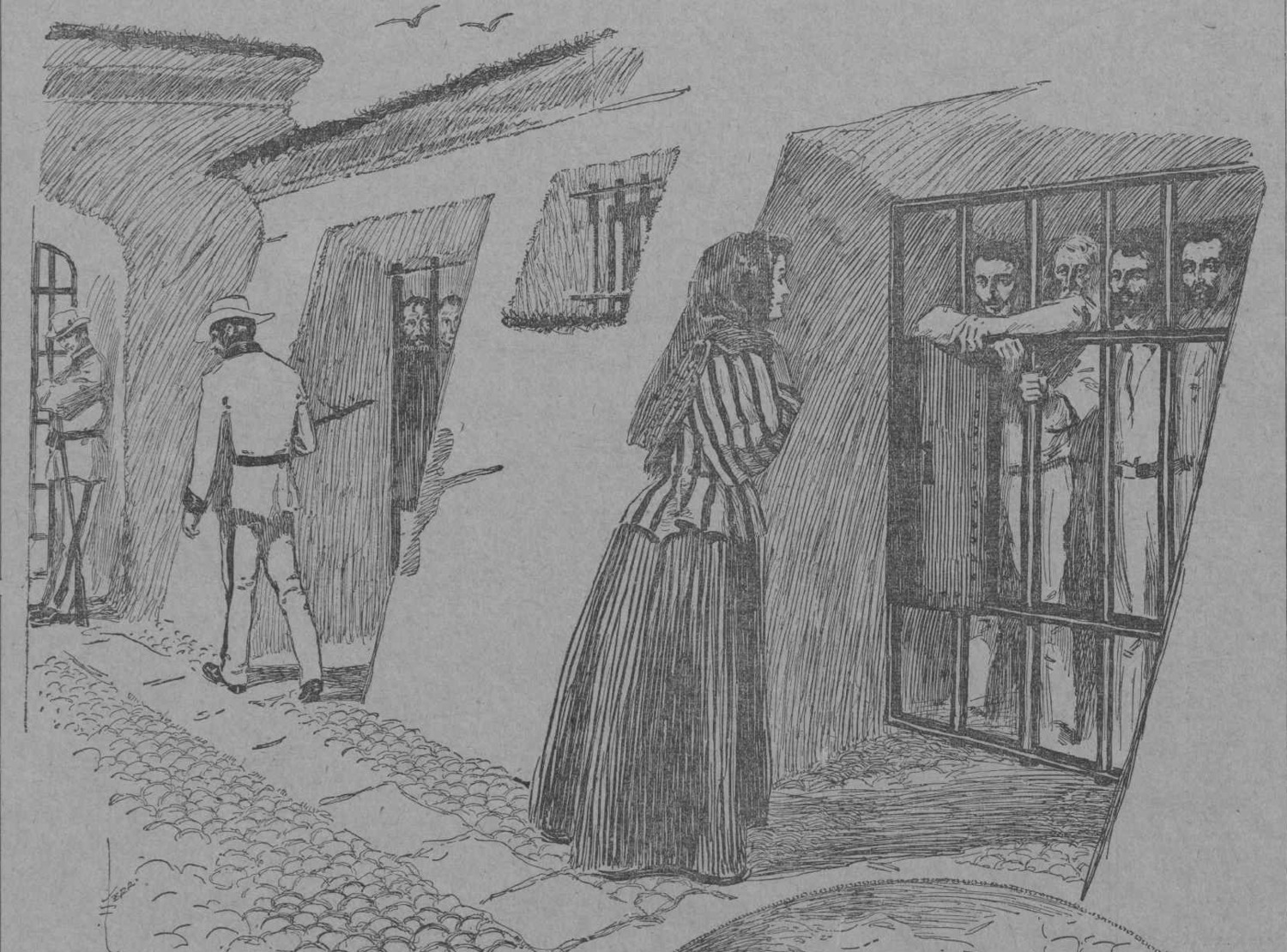 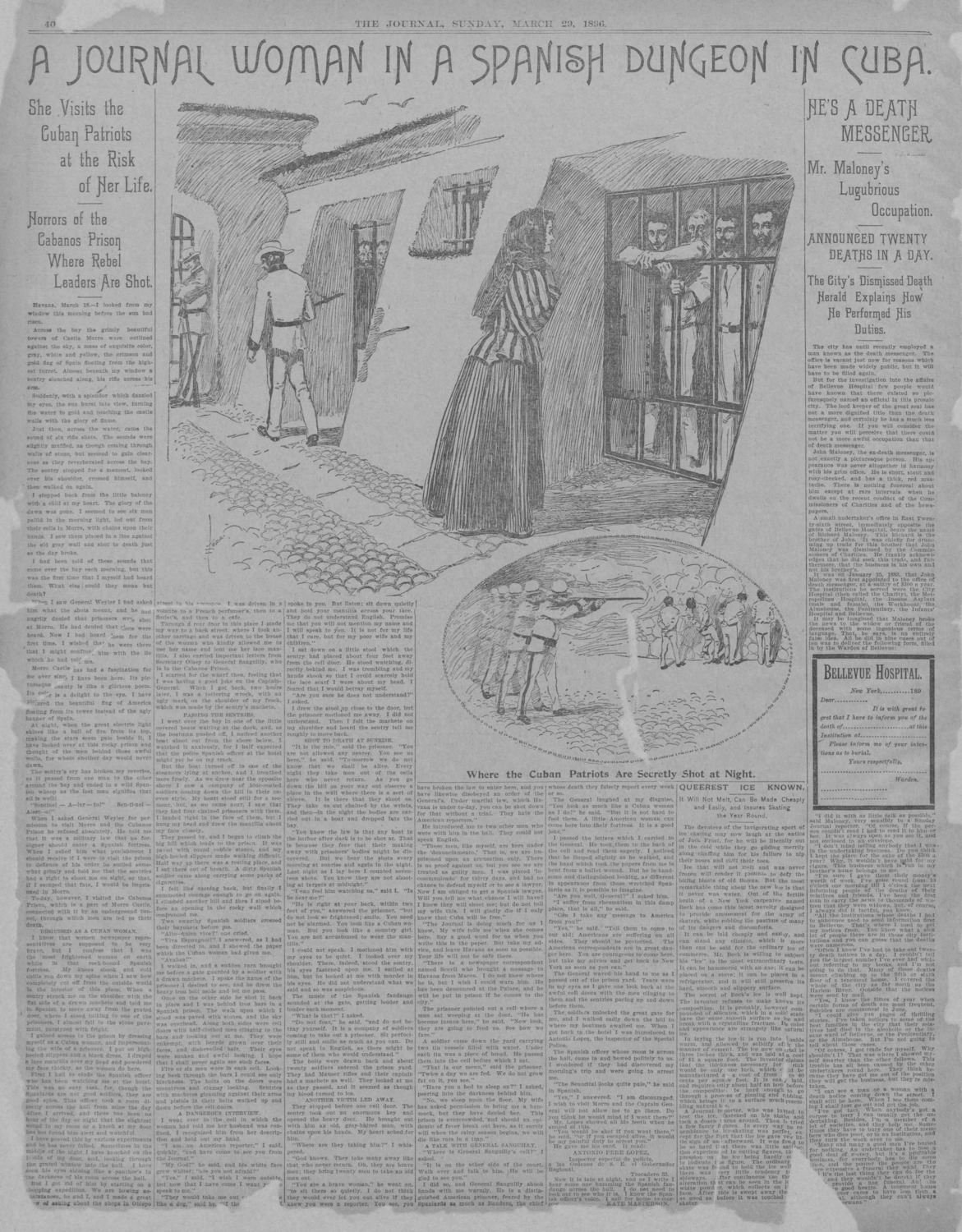