Description:The third article in The Washington Post’s Pulitzer-Prize-winning series "The Other Walter Reed" reveals that Michael J. Wagner, the hospital's Aid Chief, may have used his position to solicit donations for his own private charity fund. 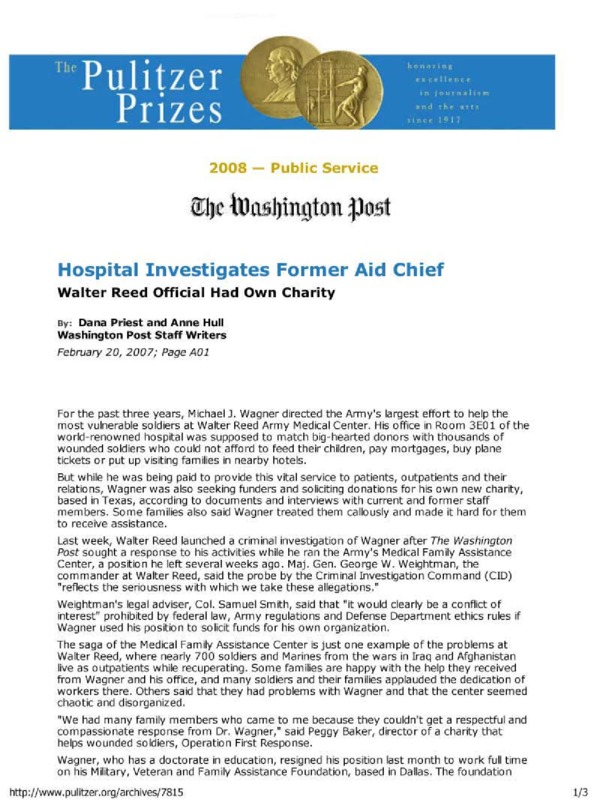