Description:Part of The Washington Post's "The Other Walter Reed" series, this article explores how VA hospitals across the country fail to meet the needs of wounded war veterans. 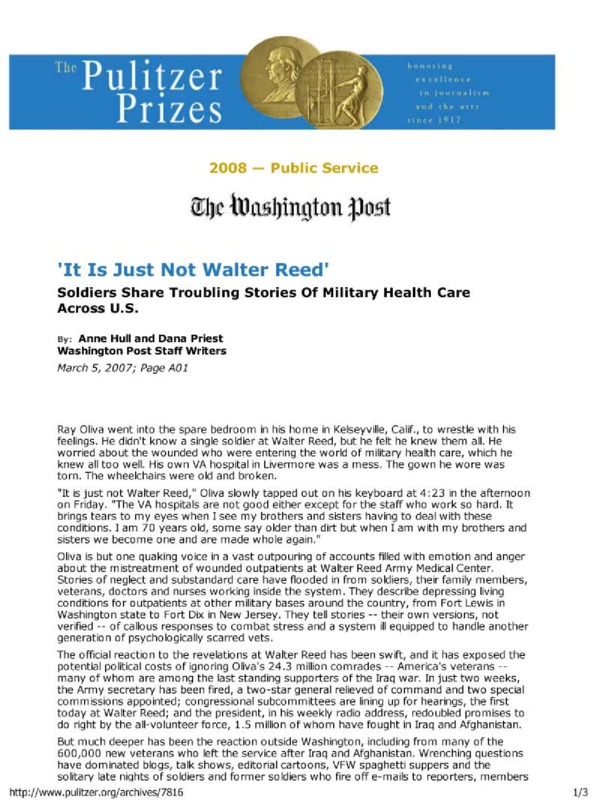