Description:Part of the Tribune Investigative Task Force's series about Chicago-area nursing homes, this article recounts the anecdote of a nurse's aide at Monterey-Drexel Home carelessly shaving a patients face with dull razors and other unsanitary practices. 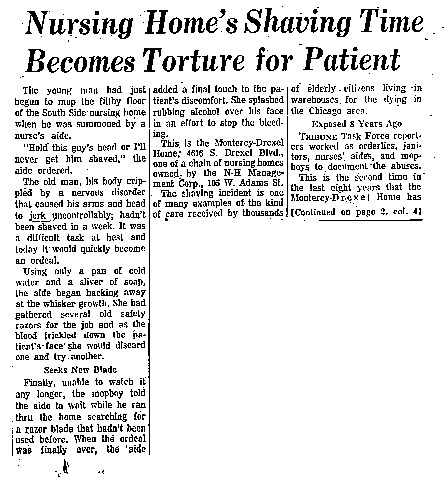