Description:George Allen's second article in his "Undercover Teacher" series for the New York World-Telegram and Sun. He worked as a teacher for two months at Brooklyn's John Marshall Junior High School, one of the city's roughest schools. 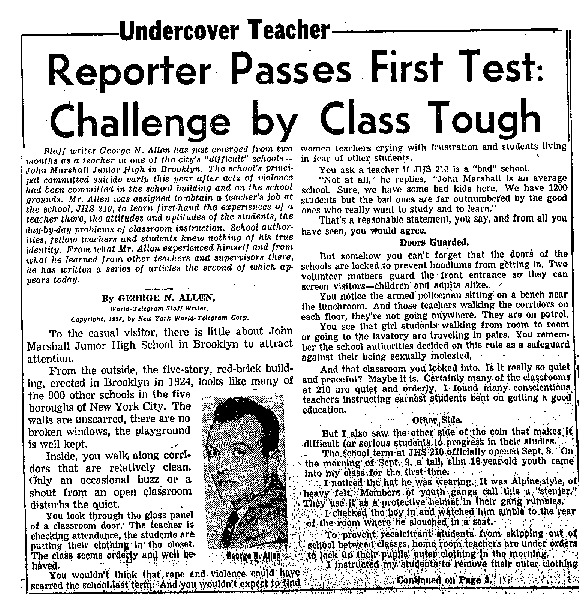