In a letter to Gov. Thompson, [Healh, Education and Welfare Secretary] Califano said that HEW paid the $1 million but now intends to get it back. At issues are the provisions of the "Hyde Amendment" to the HEW budget, which, since Aug. 4, 1977, has prohibited federal spending for Medicaid abortions except when strict criteria are met. 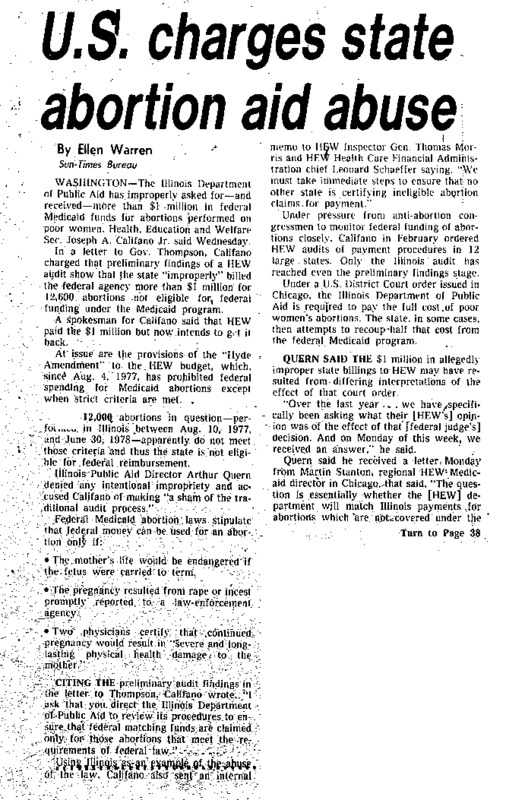