The head of the Illinois Department of Public Aid, stung by federal accusations that the state improperly billed with government for $1 million in Medicaid abortions, demanded Thursday that these charges be withdrawn.

Description:After being accused by the federal government of collecting more then $1 million Medicaid dollars for illegally performed abortions, the Illinois Department of Public Aid disputes this claim. 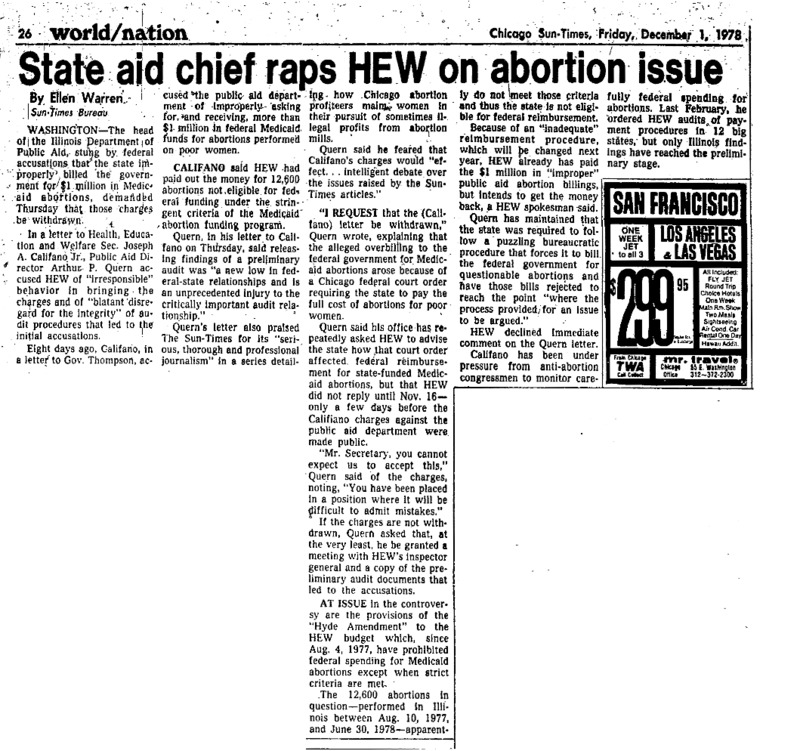