Report: "The Shame of the Prisons"- Ben Bagdikian - Washington Post

So far as anyone knew, she had a conventional sex life on the outside.  But shortly after she arrived at the Federal Reformatory for Women in Alderson, W. Va., she stopped telling people her name was Charlotte and said it was "Charlie."  Charlie soon discovered the mysterious ways some of the inmates got hold of men's clothing - desert boots, dungarees, T-shirts, zipper jacket, visor cap.  She began walking with a masculine swagger, talked tough, held a cigarette in the corner of her mouth, and shortly afterward established a relationship with another woman inmate whose manner was obedient and submissive while Charlie acted strong and protective.  They were thought of by the other inmates and by the staff as husband and wife.

Description:An article focusing on the condition of American Women's prisons and reformatories. The article covers the subject more generally than the headline and lede would suggest. 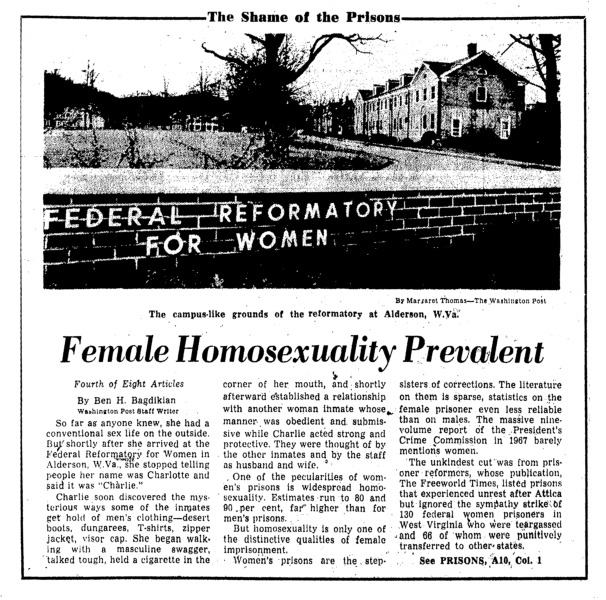