"The odds are astronomical, medical experts say, that several children in the same family would need their tonsils removed at once. But for $120 an operation, Dr. Edward J Mirmelli defies the odds, The Tribune Task Force found. Reporters discovered he regularly operates on three, four, and give children from the same welfare families in von Solbrig, 6500 Pulaski Rd., helping boost his welfare income to $60,000 last year, and $124,000 in 1973, according to federal government figures. . ."

Description:The Tribune Task Force reports that one particular doctor at von Solbrig hospital performs a prolific number of tonsillectomies, often on several members of a family at once, in order to receive more welfare income. 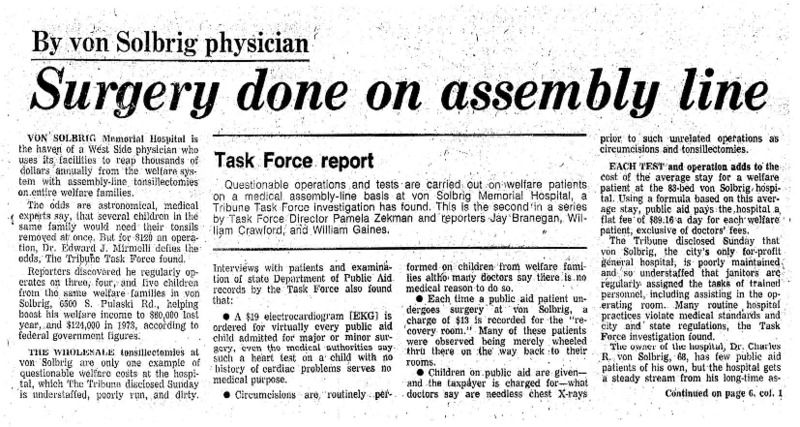