Description:Part of the Tribune's Task Force Report on vote fraud in Chicago's Board of Election Commissioners. This piece reports on the storage and moving of voting machines and materials which, as the Tribune reports, were entrusted to favored companies instead of competitively bid upon. The companies were paid well above standard rates for their services. 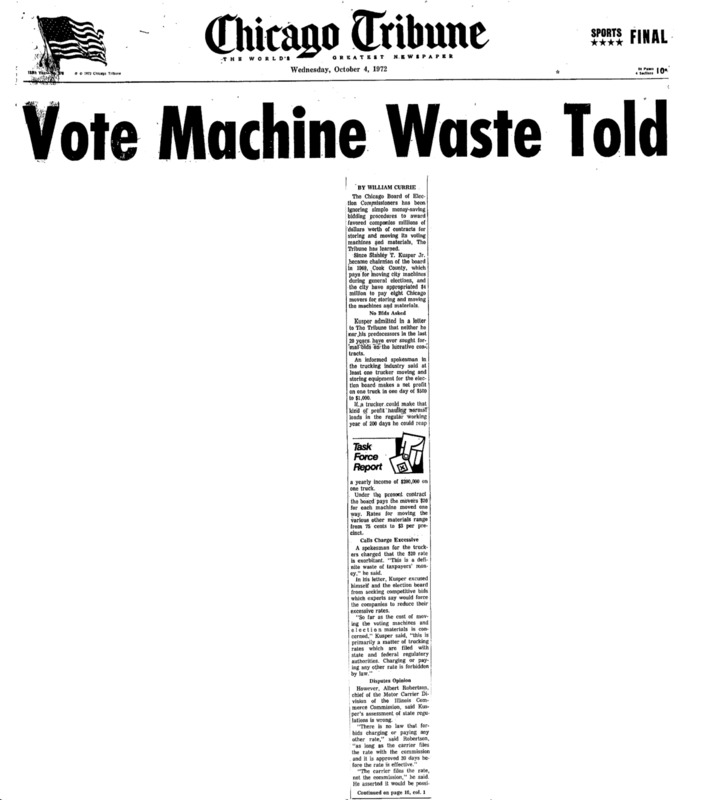