Description:Part of the Tribune's Task Force Report on vote fraud in Chicago. This piece reports on the expansion of the investigation by Federal prosecutors to include a new 1971 election contest 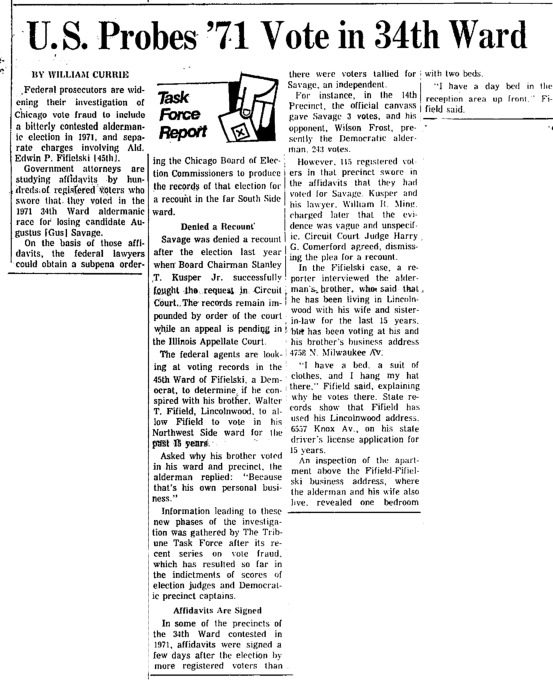