Description:Supplemental story to the Task Force Report examines the identity of those indicted in a federal grand jury vote fraud investigation 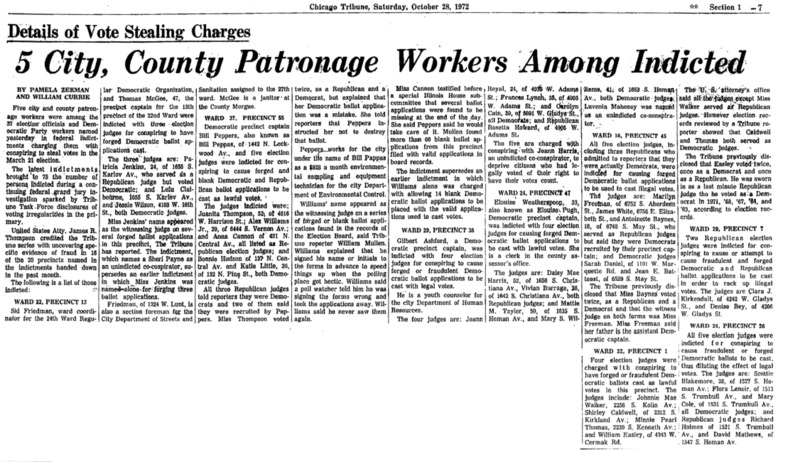