Description:In a press conference, chairman of the Chicago Board of Election Comissioners Stanley Kusper accused William Mullen, the reporter who worked undercover as a clerk in Kusper's office, of breaking the law because he technically held another job while collecting $20-a-day as a clerk, which is forbidden under Illinois election law. 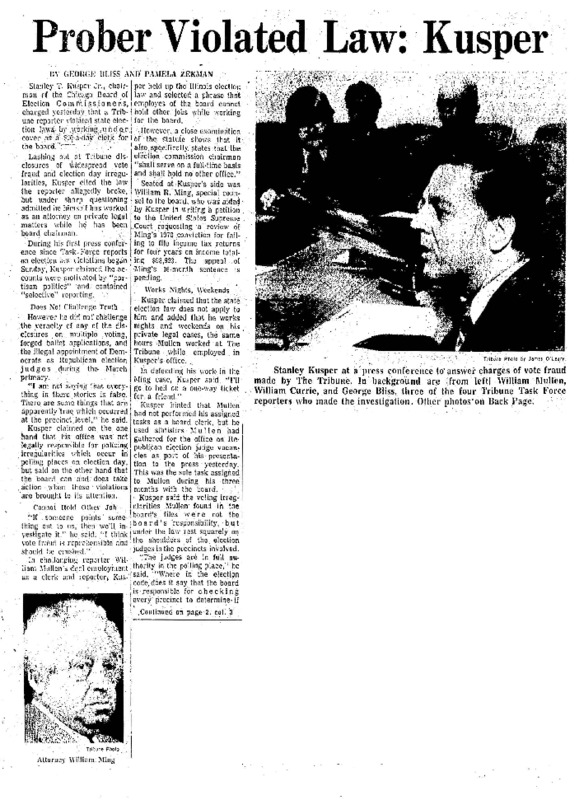