Description:The Tribune reports that the federal government, in addition to arresting those indicted for vote fraud during the March primary, will take steps to ensure that no vote fraud happens in Chicago during the presidential election in November. 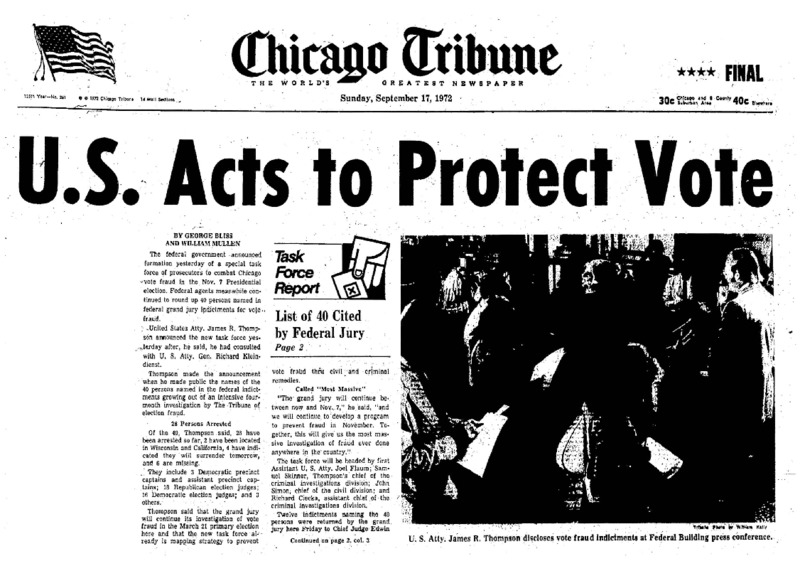