Further Details of the Factory Investgation Conducted by "The Times'" Lady Reporter. A Cloak Concern Where Nothing But Fear of the Law Seems to Prevent The Use of the Lash

I did not realize the ignominious position of respectable poverty till I went to Ellinger's cloak factory, 262 Madison street, where labor is bondage, the laborer a slave, and flesh and blood cheaper than needles and thread.  Corporations are said to be without heart, but this concern is a commercial inquisition.  it puts its help on the plane of slavery and nothing but civil law prevents the use of the lash.  The factory is on the third floor of the large brick building at the east end of Madison street bridge on the south side of the street.  Elevator? Not much. An elevator is a luxury and luxuries have no place at Ellinger's You will be short of breath when you reach the top of the fourth flight, but in recovering, you have time to take in the surroundings - a great barn of a place with the single charm of good light.  There is plenty of vacant room but the women are huddled together, elbows touching along the line of the machines.  Beneath the west windows flows the river; at the south end of the room, not ten feet from the crowded table, is a tier of closets, and on hot days the combined odor of the two is shocking.  Nobody in his employ dare complain about smells, cold, head, work, wages, or rules.  But whoever heard of martyrs complaining?

Description:The second article in Nell Nelson (a pseudonym)'s undercover series on the working conditions of women and girls in Chicago's factories. 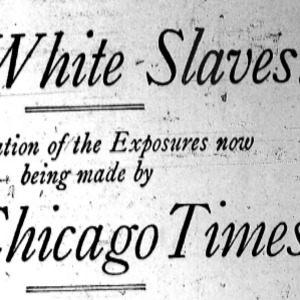 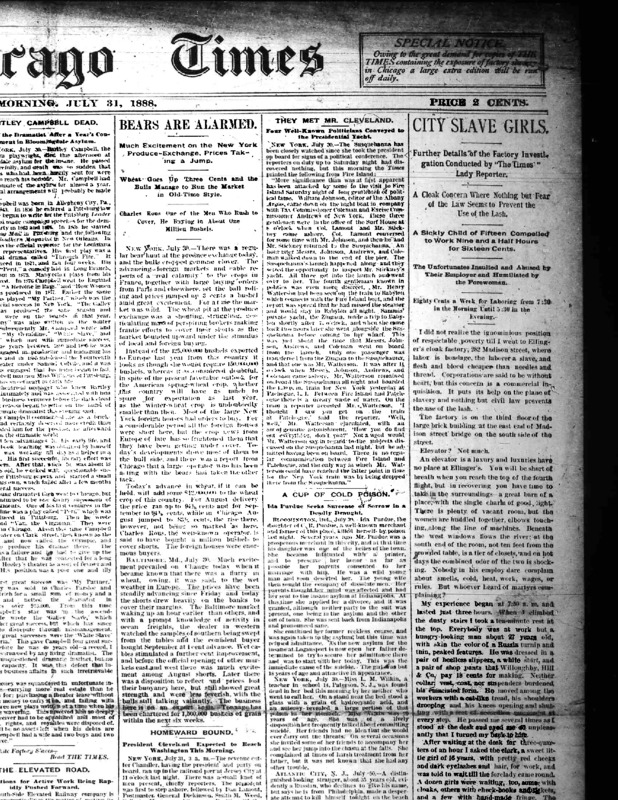