"The Times'" Lady Reporter, in the Guise of a Factory Bondwoman, is insulted by a Scoundrel

On Thursday morning when I started to renew my factory life I discovered after getting on a South-side car that I did not have a cent in my pocket.  In putting on my shop-girl disguise I had left my purse at home.  When the conductor asked for the fare I had none to give him.  It was very hot, the clouds threatened rain, and the shop was at so greata distance that I did not feel as if I could walk.  I concluded to throw myself on the generosity of the conductor and told him I had forgotten my purse.  He looked ugly and told me to get off.  Just as he placed his whistle to his lips to signal the gripman to stop a distinguished, well-dressed man paid my fare. I thanked him for his courtesy and told him if he would give me his card I would send him the money he had so kindly paid.  He smiled and said: "A mere bagatelle, miss, and not worth mentioning."  At Eighteenth street I left the car to go to a vestmaker's place at 2153 Archer avenue.  I was crossing the three points where State and Nineteenth streets intersect when who should come abreast but my benefactor.  Instead of raising his hat he jauntily cocked his left eye and came so close to me that the sleeve of my "never-rip" jersey was pressed against the waist-line of his light grey suit."   "Aha, here we are again!"  Although I distinctly heard every word of his remark, I said, "I beg your pardon" with as much of the Newport chill as I could affect.   "Come, come now," he said, with increased gayety, moving his waistband still closer to my jersey. "Oh, you are the gentleman to whom I am indebted for car-fare.  You want your money, I suppose; if you will give me your card I will write you an order."   "Do you work in this neighborhood?"  "No sir"  "Where then?"  "No place" "Where are you going?"  "For work."  "What kind?"  "Any kind.  May I have your card? I am in something of a hurry." "Mayant I have yours?" He asked "Certainly, I haven't my case, but if you will lend me a pencil I will write you one."   "With pleasure, my dear."  "You are mistaken, sir, that is not my name."  "Ha ha ha! I see you are a little mischevous, but for all that you are my dear," producing three inches of Faber. "A card, please"  "Bless me, I had forgotten," and the natty sack-coat was ransacked for a suitable card. Ah, here, this will do, I hope, in lieu of something more conventional," carefully placing on my sewing-box a small card with the address down.  I reversed the pasteboard and read on the back: Dr. Charles Gilman Smith Office Hours ----------- Residence ------------   "Dr. Smith! I know him quite well."  "Oh you do, eh?" In a tone that left no doubt that his stock in me had dropped.  I wrote:  Reporter. The Times.    And handed it to my companion, who read it with eyes that seemed to have been wired open. 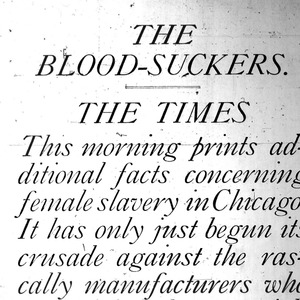 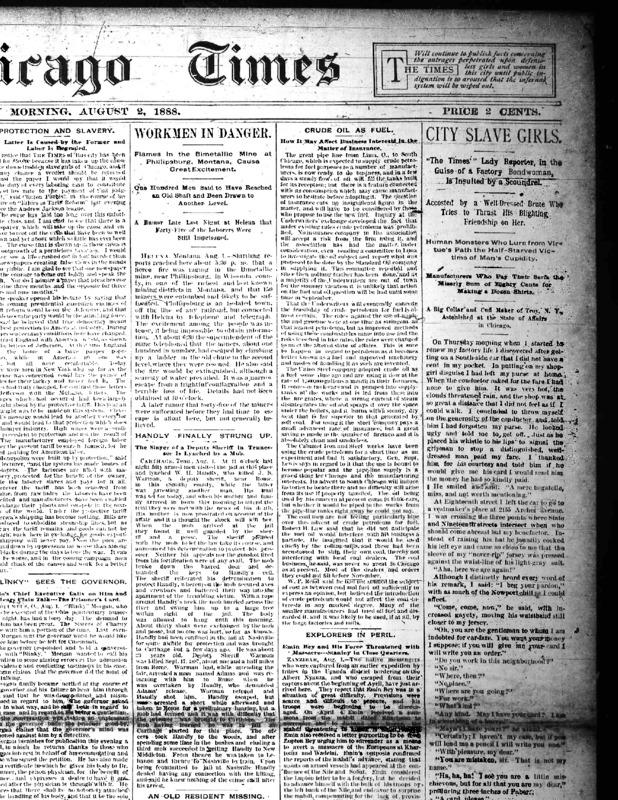