"The Times" Reporter Wanders Into The Loud-Smelling Tailor-Shops on Twelfth Street. An Insight Into the Peculair Methods by Which Wholesale Clothing Dealers Grow Rich.

"I can show you some clothing factories by the side of which those heretofore described by THE TIMES will appear as places.  If you will accompany me along South Canal, Clinton, and Jefferson streets, around Twelfth Street, you will see things that will give you an insight into the way our clothing dealers get rich and the shop-hands are compelled to be satisfied with wages that constitute less than 10 per cent of what the purchaser pays for the article."  The man who spoke these words had come to the TIMES office and offered his service in the disclosures of slave-driving in this city.  This voluntary guide was a Jew named Schlesinger.  Having worked in tailor-shops for a few years he was in a position to point out not only the causes of the prevailling misery in this branch of industry but by personal acquaintance could locate the shops in the vicinity which he considered the worst.  He confined himself to the cloak factories, and took a reporter through a dozen shops, introducing him as an operator from New York who was looking for work.  He said this ruse was necessary as otherwise the factory lords would not allow his companians inside their shops.

Description:A (male) reporter is taken through the cloak factories by an insider volunteer as Nell Nelson's undercover series on working conditions for women in Chicago factories continues. 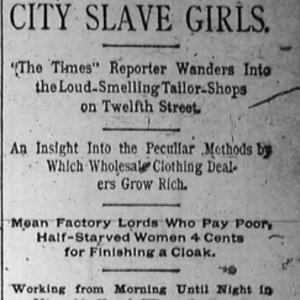 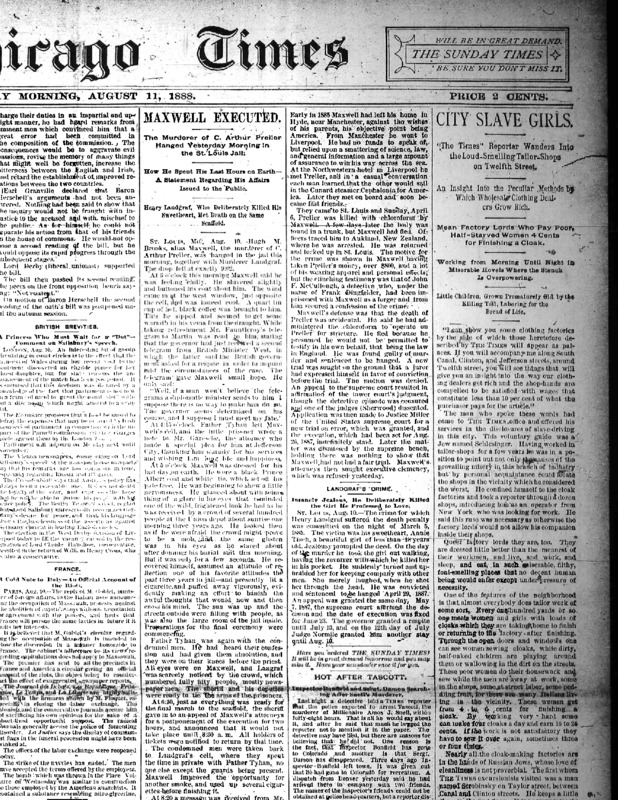