Saturday the TIMES reporter and inspector Rodgers of the health department visited more than a score of "slop-shops."  If "Little Hell" is on the North side, certianly "Little Warsaw" is on the West, and they must be labled to be readily distinguished.  As a matter of fact the latter locality is practically labeled, as the largest building in the region is the Kosclusko school, named in honor of the patriot who made Freedom shriek.  If Thaddeus' ghost were to be transported blindfolded from the heroes' hereafter back to earth and landed at the corner of Milwaukee avenue and West Division street it would feel perfectly at home.  It would find the descendents of its fleshly prototype and his companions true knights as becomes their noble heritage - "knights of the goose."

Description:A Times reporter makes a second trip with the health department to factories in Chicago, where working conditions for women and children are very poor. 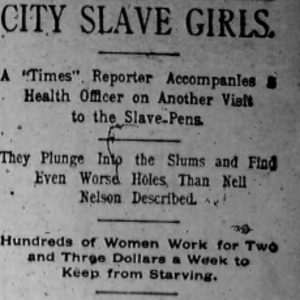 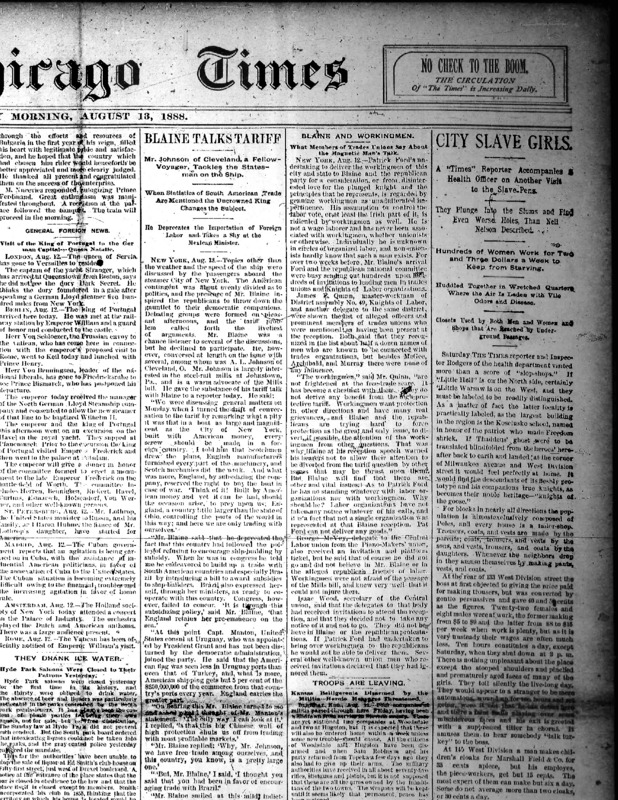