Nothing short of a Philadelphia lawyer, a Chicago health officer, a proprietor, or a "devil chaser" that hits the spot once in a thousand times could without a guide explore the labyrinth that as known as II. Schultz & Co's paper-box manufactory, 31 to 38 East Randolph street. It occupies only the three upper floors of a four story building, but the stairways are so dark and narrow that one must grope his way from somewhere to a supposititious somewhere else, which resembles nowhere when he gets there because the rooms are so overcrowded with material that one employe cannot in many instances see her nearest neighbor two yards away.

Description:The final article in the "Nell Nelson" undercover series looks at a paper box factory, and also responds to criticism of the series itself. 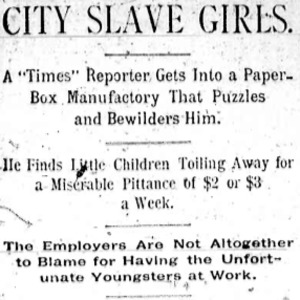 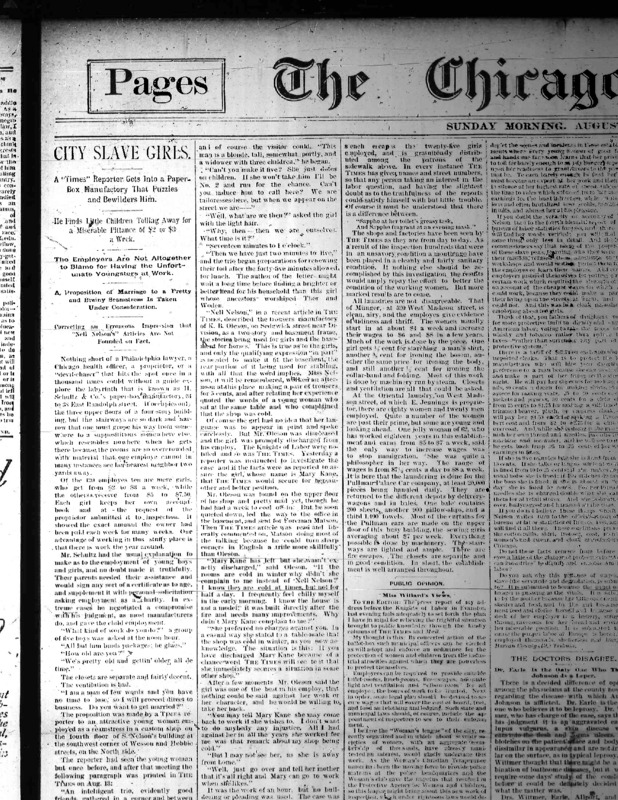