"James Reston helped to define the issue when he reportedly drew a distinction between 'pretense' and 'deception' at the [Pulitzer] board meeting. Pretense, in this scheme is a passive act: the reporter allows someone to draw the wrong conclusion about who he is or what he knows. Deception, however, is active; the reporter intends to mislead. 'It's biblical, man,' says [Ben] Bradlee of the Post. 'How can newspapers fight for honesy and integrity when they themslevse are less than honest in getting a story? Would you want a cop to pose as a newspaperman?' Other board members, however, admit that they have allowed reporters to conceal their identities in the past, and most reserve the right to do so in the future."

Description:Discussion of the brouhaha at the 1979 Pulitzer Prize deliberations over the methods used in the Chicago Sun-Times' Mirage sting. 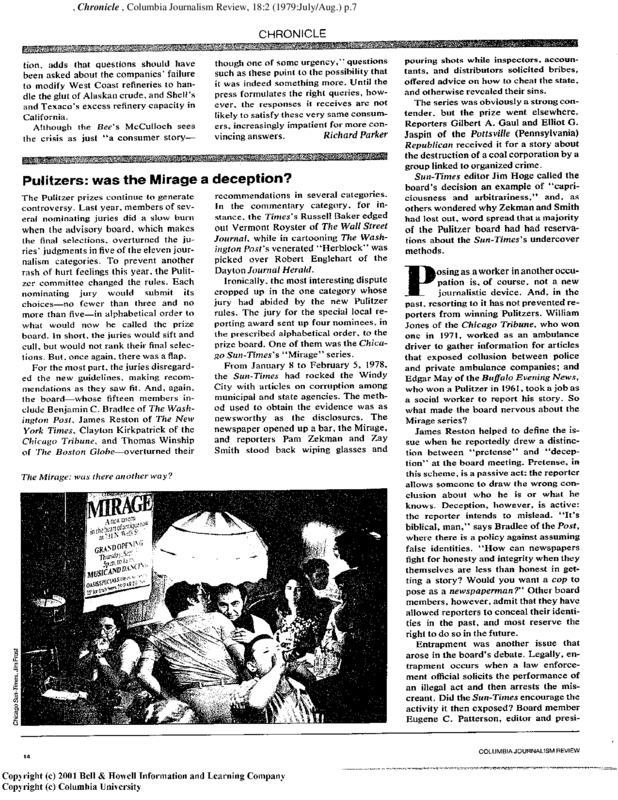