"It was time for the Mirage to disappear. "The last night came fittingly, on Halloween weekend, when everybody pretends to be somebody else. The Mirage threw a party as its way of saying goodby to the neighborhood. "The neighborhood didn't know it was goodby. All it knew was that the Mirage would be 'closed for renovations.' A new owner would open the place again in a few weeks . . . It had been four months since the Mirage had appeared -- time enough to catch the city in the act of being itself. And time enough, too, for a few close calls. It is that way with any masquerade."

Description:A recap of the Mirage Tavern sting method, experience, the series, and the impact it had during the month it was being reeled out. 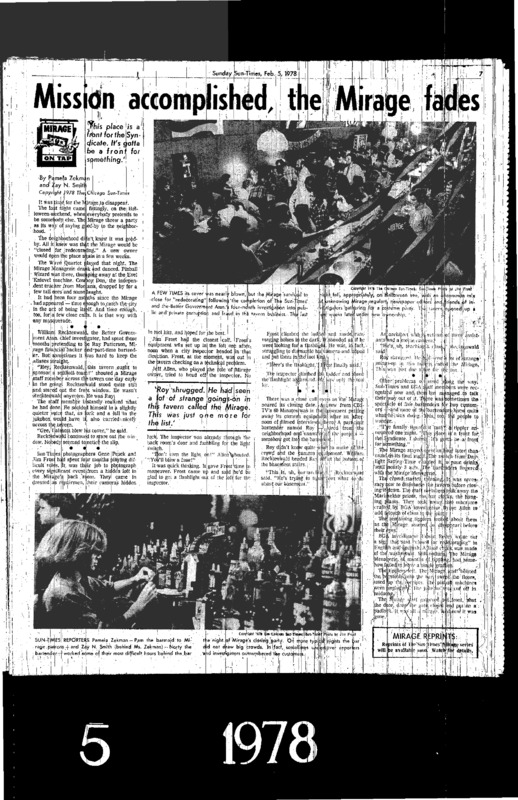