"Though some departments have moved quickly to suspend four city inspectors after the first stories in The Sun-Times' series detailing payoffs and malfeasance by inspectors, the lack of tougher responses by top officials is alarming. . ."

Description:Mirage editorial about the lack of action being taken in response to the Sun-Times Mirage series. 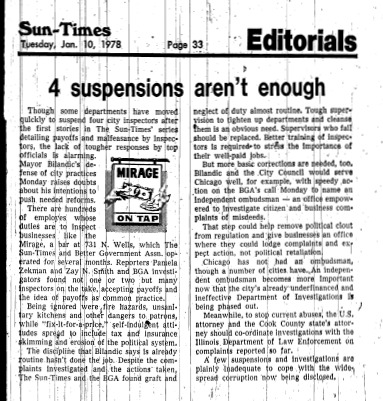