"The Illinois Department of Revenue Wednesday announced that a special fraud unit had been formed to investigate the widespread tax cheating documented by The Sun-Times and BGA. It was learned that one of the first steps taken by the new unit was to subpena some records of seven accountants or bookkeepers hired by the Mirage. . ."

Description:Illinois' Department of Revenue announces the establishment of a special fraud unit to investigate the tax-cheating findings of the Sun-Times Mirage series. 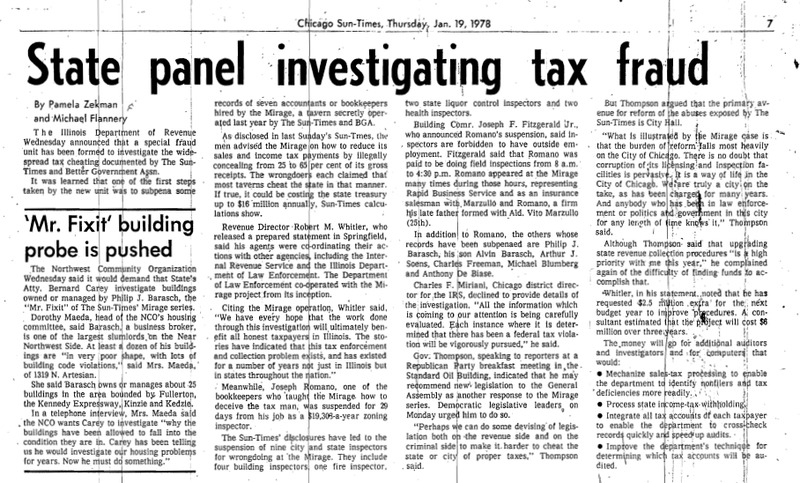