"Mayor Bilandic's defense Tuesday of on-duty fire fighters' solicitations of ticketers for charities was absurd. It seems to indicate that he doesn't know the facts, doesn't understand the issues and perhaps isn't even sure who's the boss at City Hall . . ."

Description:Editorial chastizing the mayor's response to the Mirage investigation findings. 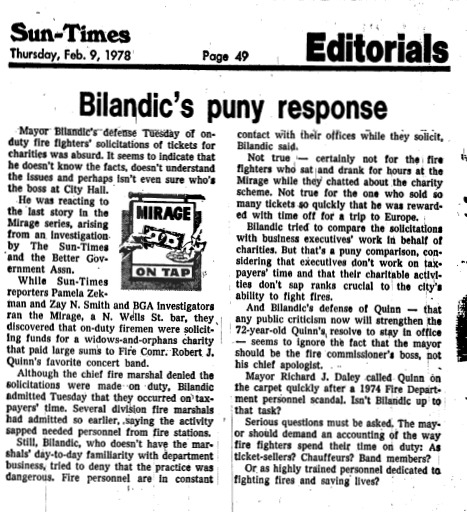