"The Better Government Assn. Monday urged creation of an ombudsman who would have power to investigate citizen complaints about dishonest or negligent city inspectors. Charging that Chicago is gripped by a 'pervasive system of graft' in which 'small businessmen and the public are the big losers,' BGA Executive Director J. Terrence Brunner said the city needs an ombudsman office to oversee its inspectors. . ."

Description:BGA calls for creation of a city ombudsman with the authority to investigate citizen complaints about city inspectors who are negligent or corrupt. 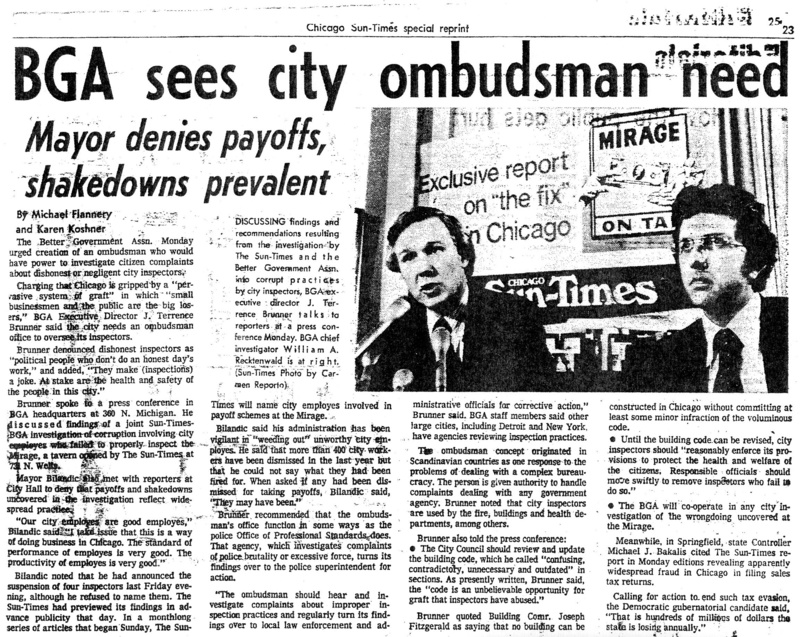