"The Sun-Times month-long Mirage series documented a litany of misconduct and prompted investigations by city, county, state and federal agencies. "Potentially far-reaching reforms have been implemented and more are promised. Laws are to be rewritten and strengthened. "Payoff-taking public employes have been suspended and fired. New protections against such abuse of power have been ordered . . . "

Description:Chapter and verse on the Mirage findings and the government's response by the day the month-long series concluded. 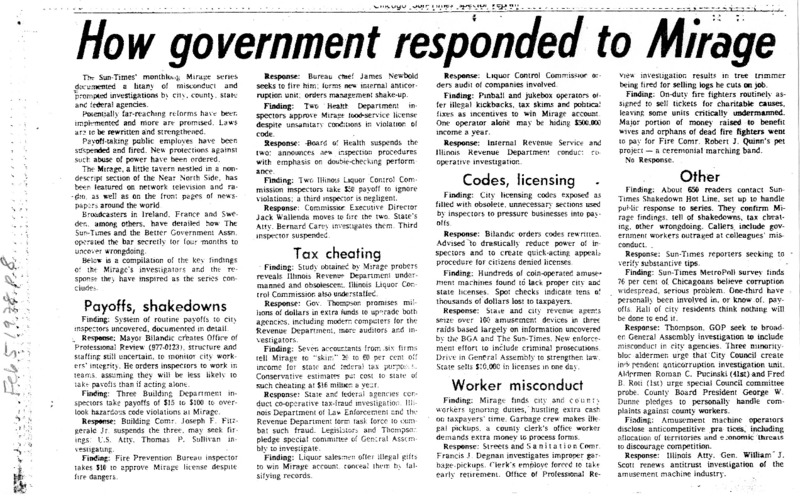