Description:St. Clair and a lady friend pose as a couple in search of someone to perform an abortion in an undercover expose of the trade. 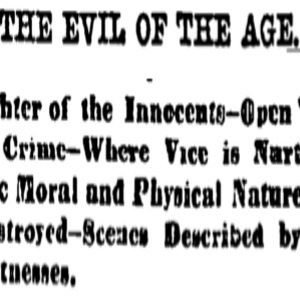