"Another Medical Man in the Employment of the City Falls by the Wayside; Coey is the Man and a Charitable View of His Case Does Not Make It Look Well; Dr. A.B. Bausman Was Eager to Perform the Atrocious Crime of Child-Murder Also; Physicians Who Passed Through the Ordeal with Credit to Their Profession; The Girl Reporter Proceeds to Scald Those Eminent Physicians Chamberlin and Hale; Another Presentation of Flowers to a Physician Who Proved Himself to Be Above Temptation; Testimonials and Indorsements from the Physicians of Chicago Continue to Pour in Upon 'The Times'"

"Had Dr. A. B. Bausman obeyed his first inclination he would have shaken off the temptation. Asit was he dallied fatally and when he attempted to cast it off it had taken and his case was a straight one. He thought a little while, changed his chair, breathed very hard, started to say he could not, got as far as to say he did not think he could."'Why?' I asked...." 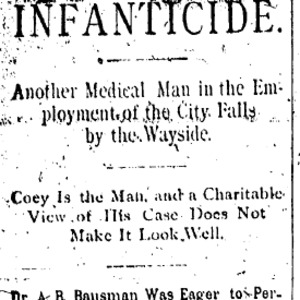 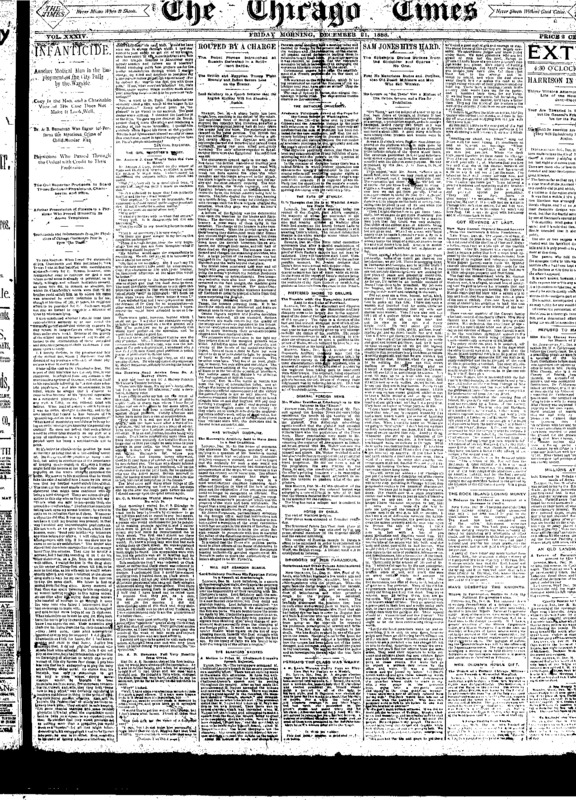