"Father Butler Says There Are Almost No Cases of Abortions Among Catholics; He Thinks the Protestant Church Too Lax in Its Teachings Against Social Sins and Crimes; Needed Reforms in Methods of Medical Education -- More Suggestions from Correspondents"

"At the regular monthly meeting of the Cook county cabinet of the National union in Washington hall Saturday evening a motion was introduced directing the committee of medical examiners to investigate the charges made by The Chicago Times against certain physicians who are members of the National union and if found true such members be expelled from the order." 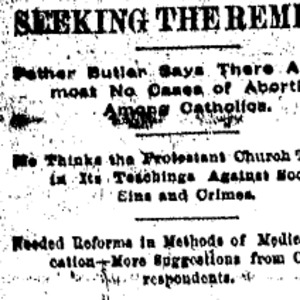 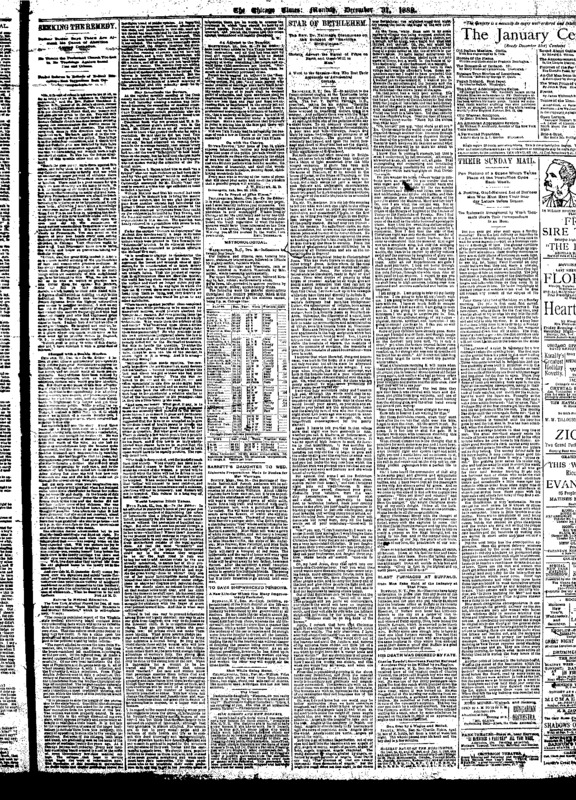