"Dr. De Wolf Says 'The Times' Has Begun the Grandest Moral Work of Modern Ages; He Believes Its Widespread Agitation of the Crime of Abortion Will Bring About Much Good; Dr. Edmond Andrews and Others Recommend Very Important Reforms in Medical Legislation"

"I have been much interested in the Infanticide articles that have appeared in your fearless journal from various parts of the country. The plea that infanticide will disappear from this free country when the ranks of medical men have been expunged of ignoramuses and the standard of education raised to a height which would meet the approbation of the most sanguine educator meets its refutation in those two facts." 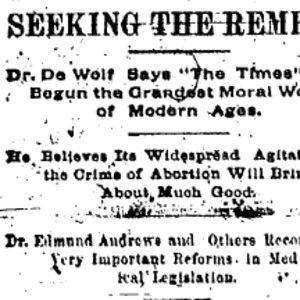 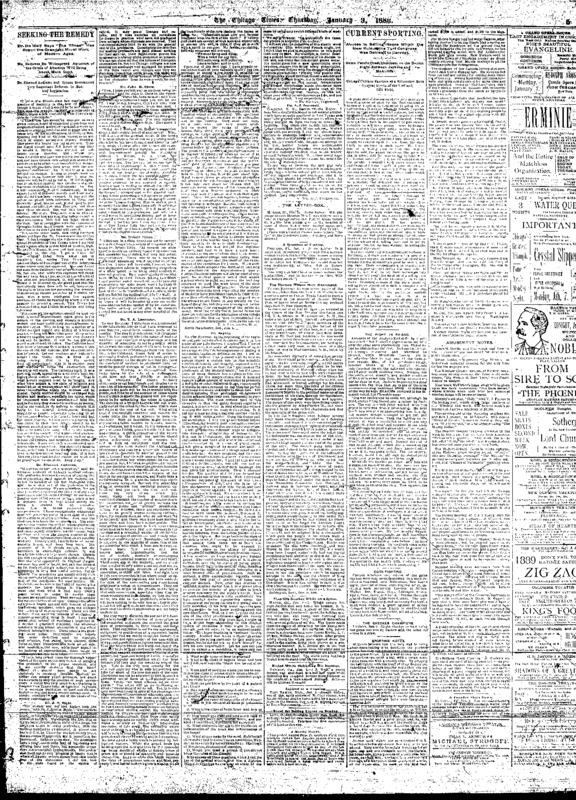