"Sun-Times photographers posing as repairmen took pictures of payoffs to inspectors from a hidden camera loft in the bar, which they called the Mirage. Two reporters, Pamela Zekman and Zay N. Smith, and two investigators from the Better Government Association in Chicago posed as waitress, bartenders and owner. They documented payoffs of $10 to $100 to city inspectors who ignored health and safety hazards...that the Sun-Times estimated cost the state of Illinois $16 million a year in sales tax alone and illegal kickbacks, tax skimming and offers of political fixes from jukebox and pinball machine operators."

Description:Writer examines the questions raised by the major impact of the Mirage tavern series of the Chicago Sun-Times. 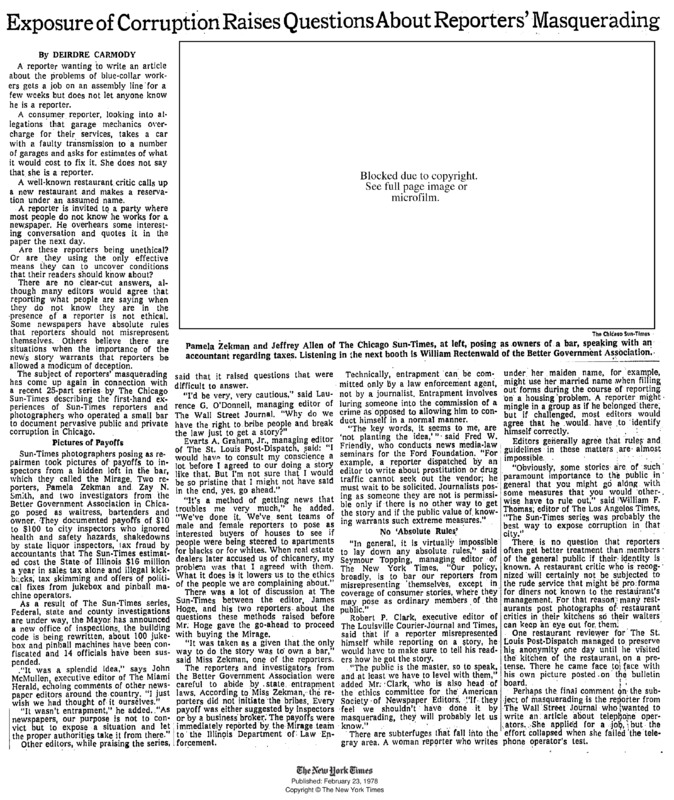