Description:Does reporting undercover and lying about your identity constitute fraud? This article covers the Food Lion controversy in detail. 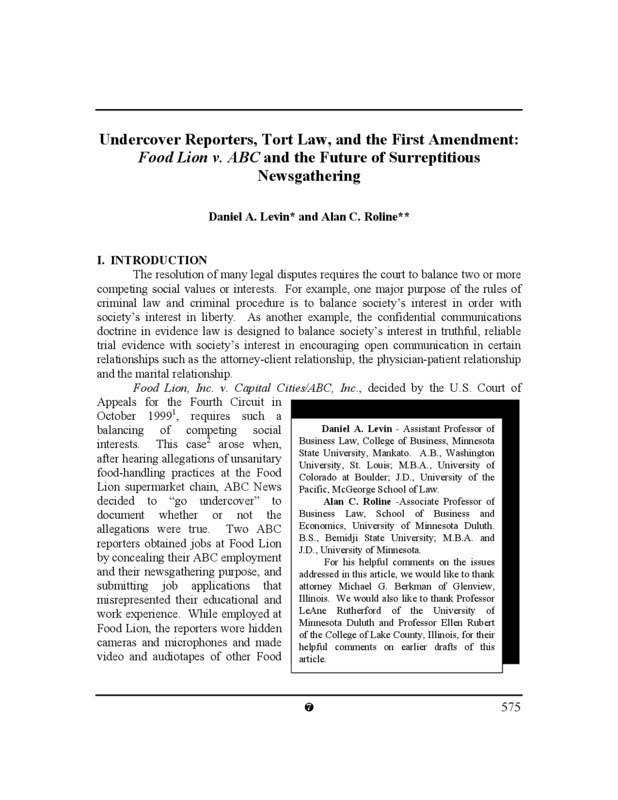