". . .The suit was filed in the U.S. District Court to the Western District of Missouri claiming that the undercover news operation had raised issues that had caused damage to the hospital. . ."

Description:A television producer went undercover in a hospital as a patient and ended up in court for doing so. 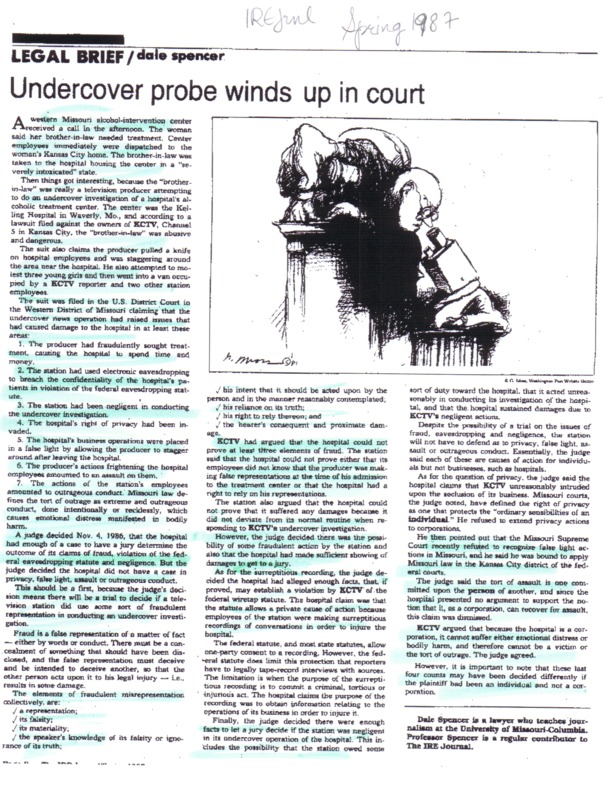