Description:From the editors' precede: "How to live on five cents a day is what Charles H. Garrett is telling the people of New York. He has done it for months in this city. He began telling his experiences in the Evening World of last Monday. In the first chapters of his story he told how in a desire to follow literature as a profession he gave up a position as bookkeeper for John Bromley, in Philadelphia, and came to this city in the hope of making a living as a travelling salesman. Getting a chance to work on the Mail and Express as a reporter, he gave up everything else. After working three weeks at $10 a week he was discharged. Since then he has had no regular work. "As living in restaurants was too expensive, he cooked his meals in his own room. At first he allowed himself 25 or 30 cents a day for supplies, but gradually, as his funds ran low, he was forced to cut this down to ten, five, three and even one and a half cents a day. There is no exaggeration in the story he tells. It is all cold fact." 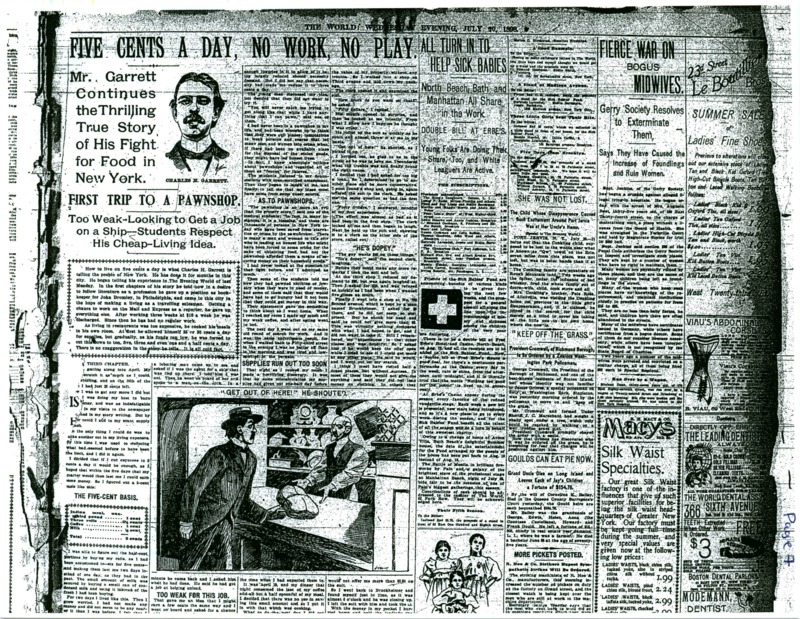